On Indiegogo, Adam Paulin is currently crowd funding for the development of the Thin Ice 2.0: A Next-Gen Weight Loss Clothing Line. But wait! This is what he already developed, right? At least, that is what he sold me! And the final result doesn’t look AT ALL like the product he is now peddling again. Indiegogo has been informed directly by several people that I know of that Adam Paulin is a bull shit artist with no intention to actually produce the perk is his pushing. There must be many more, including those in the comments of this new crowd funding campaign. But what is the reaction of the Indiegogo crowd? “Not our problem.” But its is, because Adam Paulin is seriously hurting the confidence of people in crowd funding in general. He is tarnishing the image of publicly resourced development thus making it harder for real developers to get their stuff to market.

This is how Adam Paulin Thin Ice started. With a bulky ‘functional prototype’ that was allegedly used to test the thin ice weight loss system. This is what I signed up for. A vest I would wear while working or watching TV at home, burning calories without effort. 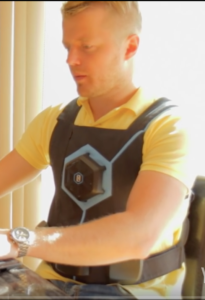 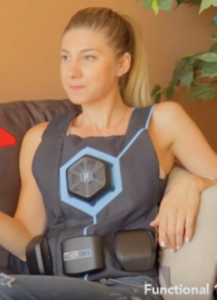 After one year of crowd funding, Adam Paulin contacted all his backers and made them sign up for the version Thin Ice 2.0. I first opted to not wait and get the 1.0 (promised in december 2016), but Thin Ice soon let me know that was not going to happen. Since a vast majority of backers wanted to wait, I had to wait as well. I must say, the version Thin Ice 2.0 did look a lot sweeter. And what’s more, it could be worn under clothing and in bed.

Here is Adam Paulin or his buddy, sitting in his grandparents living room with his cool 2.0 vest I was destined to receive in the beginning of 2017. Note that is says you can use this version 2.0 anywhere, doing day to day stuff, including work, sleep and watch TV! 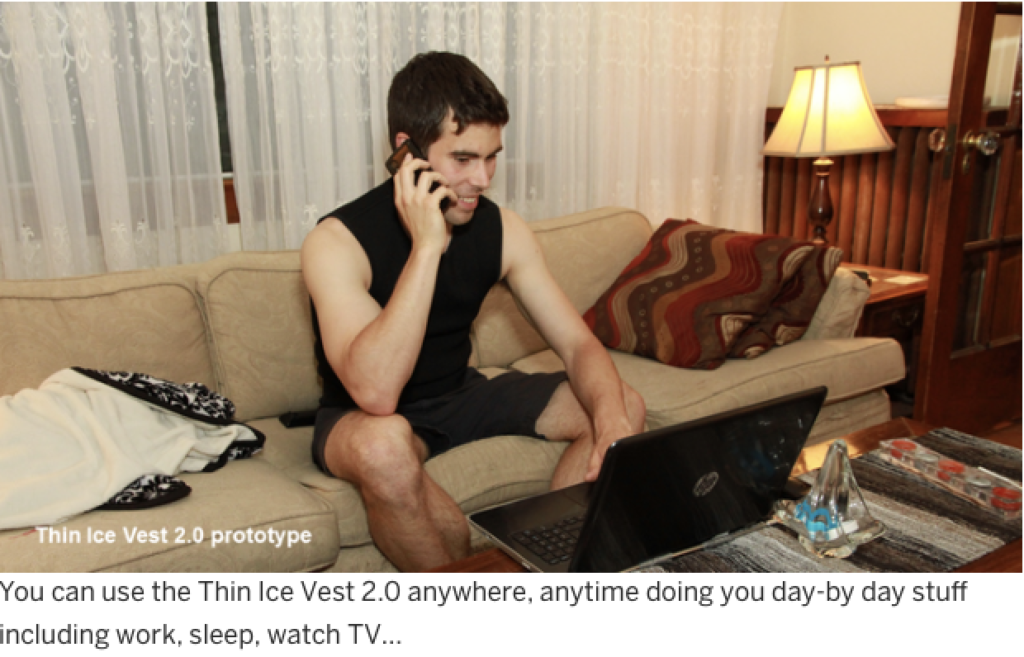 Then, 2017 rolls in. Surprise! A Thin Ice Newsletter with images of the final version. Meet the Thin Ice weight loss vest, version 2.0 :

Needless to say a storm of protest rises against this ridiculous ‘perk’. People overseas are refusing to accept it because they don’t want to pay the $12 custom fee for this piece of garbage. A group of Indiegogo backers bands together to try and get a refund, but Adam Paulin simply states that during development some adaptations in the design were needed so this is the final result.

But wait… all of a sudden there is a new crowd funding campaign online for Thin Ice 2.0, the version already finished and shipped. So how come they are still asking people to back it AGAIN, with an estimated delivery in April 2018 ?

Over the past years, Adam found out how easy it is to persuade stupid and lazy fatties like me to part with their money and he is cashing in again.  However, somehow I think he is not really planning to actually deliver. He is just milking a dead cow.

Here’s looking at you, sucker!

Here he is, Adam Paulin, the cool guy with the hidden Thin Ice vest, burning calories and acting like a fist class asshole winking at the ladies at the reception. Oh, and let’s get a black guy in the picture, just to show Adam Paulin is an equal opportunity crook, who will screw you over whatever your ethic background may be. 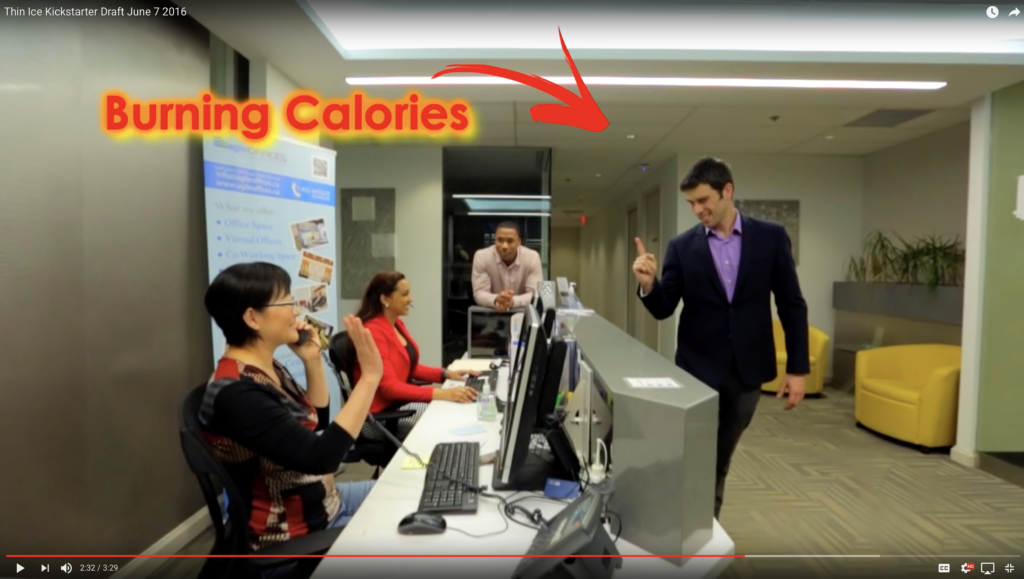 Check out Adam Paulin, burning a gaping hole in the budget of fat people all over the world.

4 thoughts on “Thin Ice 2.0 scam? Indiegogo just does not give a shit”